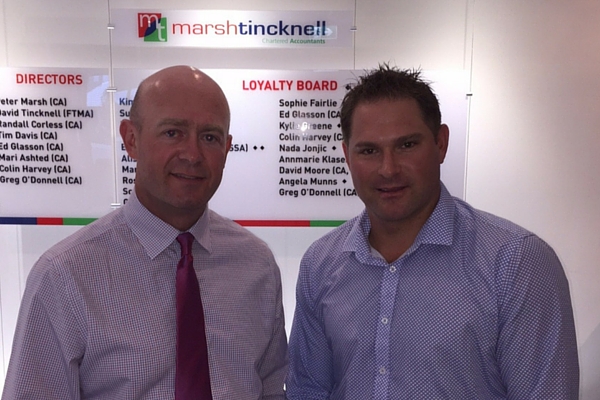 Are you happy with what you’re doing, and the level you’re at? If you are, fine. If you’re not, what are you prepared to do – or change – to get to the next level?

This was challenging question posed by recently retired Test cricketer Ryan Harris when he joined us in our boardroom last week to talk about his career and life post elite sport.

Nobody is more familiar with the answer than Harris, who for the first half of his playing days was an average Sheffield Shield cricketer, plying his trade in South Australia, without any genuine purpose.

It was a harsh conversation he had with Wayne Phillips, the coach of South Australia at the time, that “flicked the switch” and lit the fire within. A few years later, he was an invaluable member of the Australian team, the first bowler the Test captain would throw the ball to in any time of emergency.

“I remember the day as if it was yesterday,” Harris recalled. “Wayne pointed to a flower bed outside his office window. He said: Take a good look at it, because if you don’t do something different very soon, your career will amount to nothing. You’ll spend your life pulling weeds out of flower beds.”

“It was the wake up call I needed. I’d been kidding myself that I’d been training hard, doing everything I possibly could to fulfill my dream of playing for Australia.“

Inside 12 months Harris had changed practically everything – where he lived, who he played for, how hard he worked, what he ate and drank, how he prepared to play. It was a complete transformation, which took him to a whole new level, both personally and professionally.

I found the former fast bowler’s self assessment refreshingly honest, as well as very insightful.

Most people contemplate what life would be like a few rungs up “the ladder”, but not nearly as many are prepared to put in the hard work and make the sacrifices necessary for it to happen.

What changes are you prepared to introduce, in order to step up your performance a notch or two??