Head Down, Work Hard … Just Get On With It! 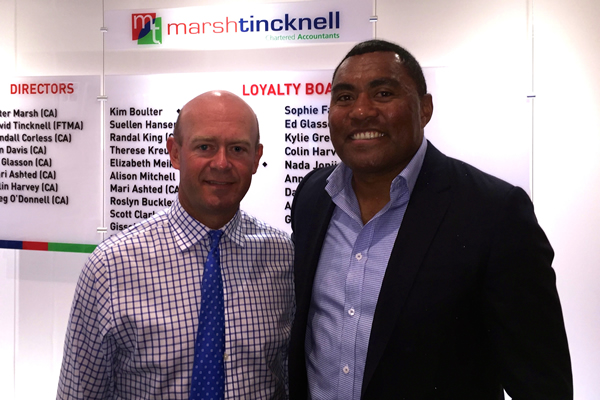 I couldn’t help but think, after listening to Petero Civoniceva speak over breakfast recently, how good a business would be if it had 50 of him manning the fort!

Talk about a bloke who put his head down, worked hard, and just got on with it – wow – what a champion!

I didn’t realise until chatting with the Queensland league legend just how many times he’d been “written off” over the course of his decorated 15 season career.

Wayne Bennett was the first – he simply couldn’t see what his talent scout Cyril Connell saw, and left the big Fijian in reserve grade for a couple of years. Petero says he eventually won Bennett over, ‘but it took about half my career”!

He was first picked to play Origin in 2001, but a few seasons later, with Queensland struggling n the successive series, the questions were still being asked. Is this bloke really the answer? He’s tough, but is he skilful enough? Is he a match winner? By 2006 – the middle point of his career, it had reached the point where he was sitting on a bar stool in “Last Chance Saloon”, waiting for the tap on the shoulder. It never came. Petero was still serving it up to the Blues in 2012!

Then of course at the end of 2007, he was controversially discarded by the Broncos on account of their salary cap issues. The best option was to move to Sydney, to play for and lead the Penrith Panthers. It was anything but his first choice, but as usual Petero just … put his head down, worked hard and got on with it!

The final tally – 309 first grade games, 3 premiership rings, 33 Origin appearances, 45 Tests for Australia, and a World Cup with his native Fiji. Even more commendably, despite the hustle and bustle of every NRL front row battle, Petero hung up the boots with the reputation as one of the game’s genuinely good blokes.

One of his former teammates made the observation: “Petero could be on death’s door and you’d never know it. I don’t think he’s ever complained about anything in his life.”

As I said, how good would it be, to have shares in a business run by 50 Peteros?