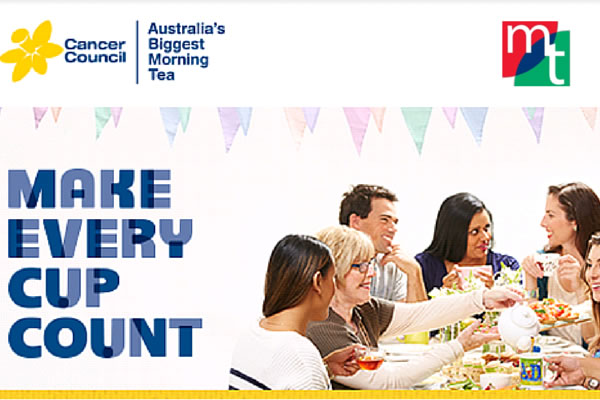 Marsh Tincknell joined other fundraisers throughout Australia on Thursday, 28th May in holding a Biggest Morning Tea to raise funds for the Cancer Council.

Clients, staff, friends and local businesses were all invited to join us for a morning tea at the Coffee Club with three inspiring guest speakers providing entertainment. 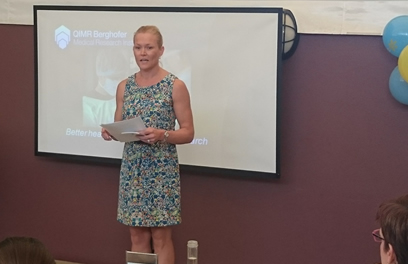 First up was local business woman and fitness enthusiast, Amanda Brookes. Amanda has recently opened up Fabulous Yoga and Pilates studio in New Farm and inspired the group to take their own steps towards a healthy lifestyle to help combat cancer and disease.

As an introduction to Pilates positions, Amanda had everyone present ‘engaging their pelvic floor’ at their coffee table, which drew funny looks from some! The point was to show just how easy it is to do little exercises throughout the day that can lead to increased back support, improved bodily functions and ultimately, a healthier, happier lifestyle.

Christine Nagel and Anna Welch from the QIMR Berghofer Medical Research Institute were up next to show us the more serious side of cancer, in particular the devastating affect that obesity can have in dramatically increasing the incidents of endometrial and uterine cancers in women.

The rapidly increasing rates of obesity in the US and Australia over the past 20 years highlighted the extent of the problem and the challenges faced by medical researchers. Not surprisingly, at this point in the morning all offers of an extra slice of cake were promptly refused.

Anna spoke about the incredible work that QIMR undertakes, being one of the most reputable medical research institutes in the world. Despite this, 65 cents in every dollar spent on research is still required to come from public and private donations rather than government funding, highlighting just how important community fundraisers like the Biggest Morning Tea are for these services. 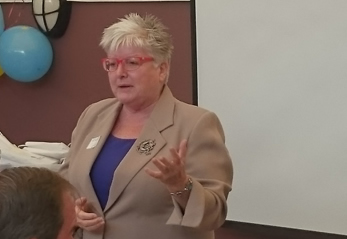 Our third speaker was Robyn Henderson, renowned author and specialist in the field of global networking, who gave an entertaining ‘mini-class’ on how to work the room like a pro at social events. She provided great tips on how to enter into a conversation with strangers at an event, and just as importantly, how to exit when the conversation dries up!

Giving out referrals comes back ten-fold and there is far more value in working the room like a host and forming connections between others than there is seeking out connections purely for yourself.

The Biggest Morning Tea was a great success, with over $470 raised on the day, bringing Marsh Tincknell’s total fundraising effort for the Cancer Council to well over our target of $1,500.

Huge thanks go to all our guest speakers and to everyone who attended or donated prizes to make this event so enjoyable.