Oar-Some Insights, All In An Ocean Row 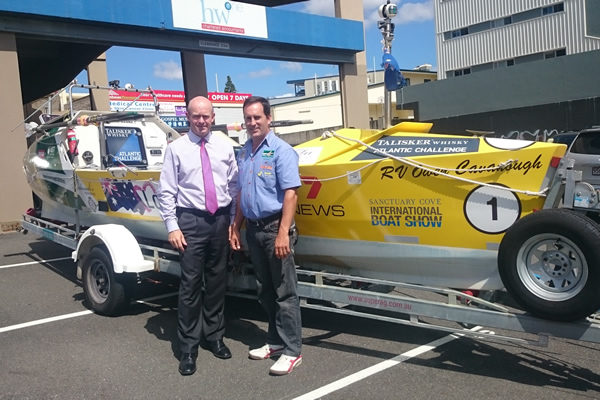 Recently we had a bloke by the name of Andrew Abrahams in to talk to our staff.

There’s every chance you’re not familiar with the name, nor Andrew’s long list of achievements, but a couple of years ago, he rowed a 6m boat solo 5000 km across the Atlantic Ocean – 57 days and 17 hours of physical, mental and emotional torment.

Prior to his talk, there were so many questions to be answered – perhaps none more insightful than… why? Why would somebody put themselves through such a searching – and dangerous – examination?

Beyond his primary motivation of wanting to raise money for charity, Andrew simply wanted to test himself. The more difficult the task, he said, the more satisfying it was to achieve your goal.

“Besides, I said I was going to do it, so I did. For me, it comes down to integrity. Don’t say you’re going to do something, if you’ve got no intention of following through,” Andrew told the gathering.

This is something we can all incorporate into our lives. How often do you find in business, somebody says they’re going to do something, and a month later – still nothing? They either fall short of their commitment, or even worse, you never hear from them again.

“In my case, admittedly, there weren’t a lot of options,” Andrew conceded. “When you’re out in the middle of the ocean, you simply have to keep going. Still, it’s amazing what can be achieved through perseverance. It’s the combination of mental and physical factors working together which gets you to where you want to go. Putting it another way: “You gotta wanna!”

Listening to Andrew recount his Atlantic adventures, there were so many insights and lessons we could take away. Among my favorites:

Find out more about Andrew at his Facebook Page.